At Northern Saints C of E (VA) Primary School, we work as a team, to enable all our children, adults and families to flourish. We offer the Christian message of love, joy and the celebration of all humanity, without exception or exclusion. This is encapsulated by our school motto, “Together We Rise”.

The Northern Saints were brave men and women, who brought faith, opportunity and freedom to the people of Northern England in the 7th century. Their work was transformational in raising life chances within the communities in which they served. Today we continue as a school community, to remain outward looking, as we endeavour to make a positive contribution to society in the 21st century.

We are aspirational in outlook and strive to provide academic rigour within a well-rounded education. We achieve this through our curriculum, which is broad and balanced and promotes our pupils’ spiritual, moral, cultural, mental and physical development. Through this, we prepare our pupils well for the opportunities, responsibilities and experiences of later life. 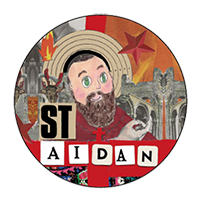 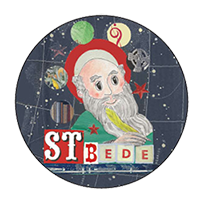 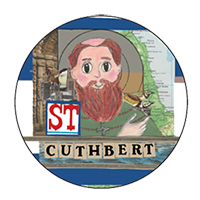 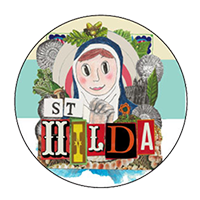 Not all the monks had the courage that Aidan had to go to the wild north east from the relative security of Iona! Had to learn the language and insisted on walking to meet the people and talk with them, showing respect and love for local people. He brought learning and scholarship to the monasteries and built a firm foundation of learning for the future – wisdom.

The youngest of all these Saints, Saint Bede wrote about all the other saints, so we could all know about them today – showing respect for his heritage and a love of the natural world. He was known widely for his wisdom and learning. Bede wrote over 40 books and is considered the first proper historian, without whom we would know little of the time. Our most local saint, he had a vast andwide knowledge and built up a brilliant library, second only to Rome!

Cuthbert had a life of a rich nobleman ahead of him but instead, he chose the life of a monk, requiring courage and conviction to do something different to what was expected. He showed the same courage and singleness of purpose (wisdom) when he lived a hermit’s life, away from celebrity and praise of people, requiring deeper knowledge of God. He reluctantly agreed to become a Bishop, showing respect for his King and Leaders. Cuthbert travelled extensively to visit people and encourage them, showing compassionate leadership

Hilda showed great wisdom and compassion in the way she led her monasteries. In very much a man’s world, she was respected widely for her wisdom and other abilities. She noticed other people’s gifts and nurtured them, displaying compassion and respect, not concerned about their background so much as their potential.

Oswald experienced compassion through the care he received as a child and therefore was able to be compassionate. He was a political leader (King fighting for his territory) and had to be wise about how he lived his faith. He fought his battles declaring his faith, showing great courage.

About our biblical narrative:

In the bible St. Paul says this:

‘My goal is that they may be encouraged in heart and united in love, so that they may have the full riches of complete understanding, in order that they may know the mystery of God, namely, Christ.’ 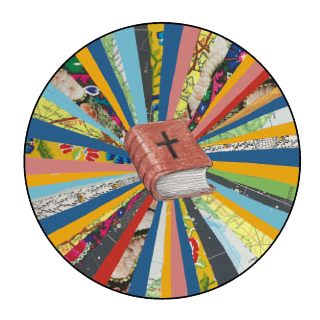 Paul, once known as Saul of Tarsus, began as an enemy of Christians. Following his amazing conversion (in the bible in Acts chapter 9: verses 3-9), he became the greatest missionary, church planter, soul winner, and theologian in church history, authoring nearly half of the New Testament books.

Colossae was an important city in South Phrygia, (modern-day Turkey). It had a flourishing wool and textiles industry. At the time of Paul’s letter, the population of Colossae comprised of Phrygians, Greeks and Jews (three very different cultures).

Paul had heard some worrying news that some false teaching was creeping into the understanding of the church, limiting them and their freedom to become a new kind of community and creating division. Paul was passionately concerned that they flourished through right teaching and grounding in the truth about Jesus and his sufficiency for their needs.

He wrote the letter from prison out of love for the Colossians, out of a desire to see them grow and flourish, a desire to see them receiving truth and he encouraged them to have the courage to stand up for what they believed, living in unity and respect for one another.

These are the values we share at the root of our school community which come from fulness of life in Jesus and the world changing teaching his followers, including the Northern Saints, have courageously lived by.